The PennWest University Handshake site is available for current students at pennwest.joinhandshake.com

I Transitioned Into the Civilian Workplace After 27 Years in the Military was originally published on The Muse, a great place to research companies and careers. Click here to search for great jobs and companies near you.

When Carlos Perez enrolled in West Point back in 1985, he had no idea he’d end up serving for almost three decades.

While he did have a desire to serve his nation, the primary reason he became a cadet was because he wanted to go to college. He wasn’t sure that he or his parents could fund it, so West Point—which would provide him with a world-class education and the chance to help his country—was the best choice. And though the academy only required him to spend five years on active duty after graduation, Perez remained active for about 27 years.

“I found a continuing world of opportunity,” he shares. “So, I kept staying.”

Over the course of those three decades, Perez deployed to Iraq, Bosnia, and Afghanistan. He also taught economics and financial accounting at West Point and earned two master’s degrees—an MBA from Stanford and one in national resource strategy from the National Defense University.

About four years ago, though, he decided to retire. After achieving the rank of full colonel, he felt it was time to move on to something new. The only problem was figuring out what that would be. 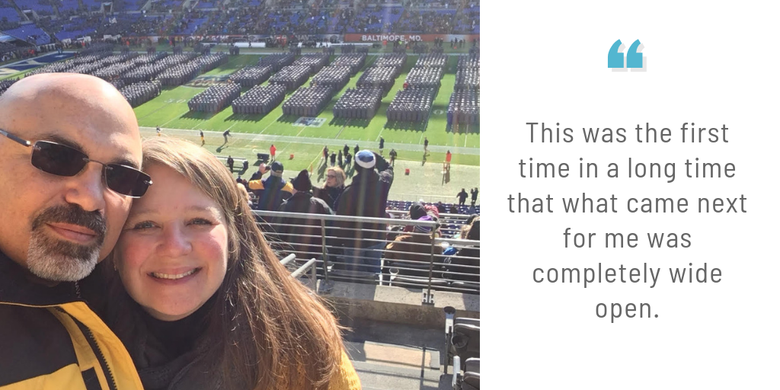 When you’re in the military, Perez explains, “you have a good idea of what opportunities await you because [service] career paths tend to be fairly well defined. This was the first time in a long time that what came next for me was completely wide open.” It was daunting but exciting, and he looked forward to trying out a second career.

“It was instrumental in kicking off my transition,” he shares.

By the end of his job search, he’d narrowed his choices down to three roles—a consulting gig, a Department of Defense civilian role, and his current job as COO and Assistant Secretary of the American Armed Forces Mutual Aid Association, a nonprofit that provides financial services (like life insurance) to active military members, veterans, and their families. He chose the AAFMAA because “it’s a values-based company that keeps me linked to the military community.”

Read on for Perez’s advice for veterans transitioning back into the civilian world.

What Are the Main Skills You Think a Veteran Could Take From the Military to the Workplace?

At a minimum, most bring excellent organizational leadership skills. And they’re problem solvers—they have experience dealing with complex, ambiguous problems, often in foreign cultures. This ability to perform under uncertainty and find a solution has direct applications to the challenges faced by any business. 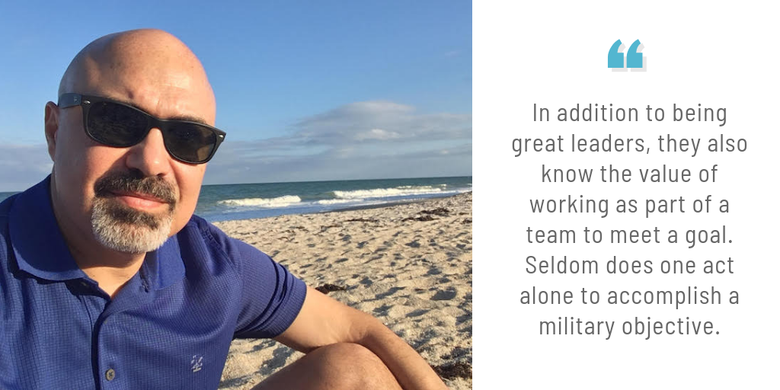 Finally, in addition to being great leaders, they also know the value of working as part of a team to meet a goal. Seldom does one act alone to accomplish a military objective.

What’s One Example of How You Use Your Military Background on the Job?

All branches of the service have a framework for military decision-making called the Military Decision-Making Process (MDMP). Broadly speaking, it’s a problem-solving process where one takes an assigned mission and develops a course of action after analyzing headquarters’ intent, facts, assumptions, limitations, constraints, resources available, and a few other items. I use this process regularly, even if informally, in making decisions on the job. It offers a great way to gather information, analyze it, and arrive at a decision after weighing different alternatives.

How Can Employers Make the Transition for Veterans Easier?

Veterans are adept at translating a supervisor’s intent into actionable plans. If you hire one, be sure to share how the job they’ll be doing fits into the large picture, especially if the industry or sector is new to them.

In addition, veterans are used to getting feedback from their supervisors. Periodically share what they’re doing well and how they might improve. Done in a casual, positive environment, this will help them better integrate into your workforce.

Any Other Advice for Veterans Looking to Enter Back Into the Civilian World?

Most service members focus on job transition and relocation when they’re separating from the service. However, you also need to ensure your finances are in order. Be sure to include budgeting, protection (in the form of life insurance, homeowners insurance, etc.), and long-term financial objectives into your planning.